When the du Pont Country Club embarked on a journey to add value to their memberships with new offerings, they needed to find a construction manager that could bring their new state-of-the-art fitness center and pool to life. Designed and constructed to exceed member expectations and serve the community, EDiS Company worked to ensure this project would reflect the quality and 100-year legacy DuPont Country Club is known for. to match the history.

The original designs for the fitness center called for materials that would match the historic building adjacent to it. Kept in impeccable condition, the neighboring building had been constructed with costly materials. The initial design for the new fitness center was over budget as a result of trying to exactly match the materials. To solve the dilemma, EDiS studied multiple cost-saving scenarios until they found one that achieved the same look with reduced cost. 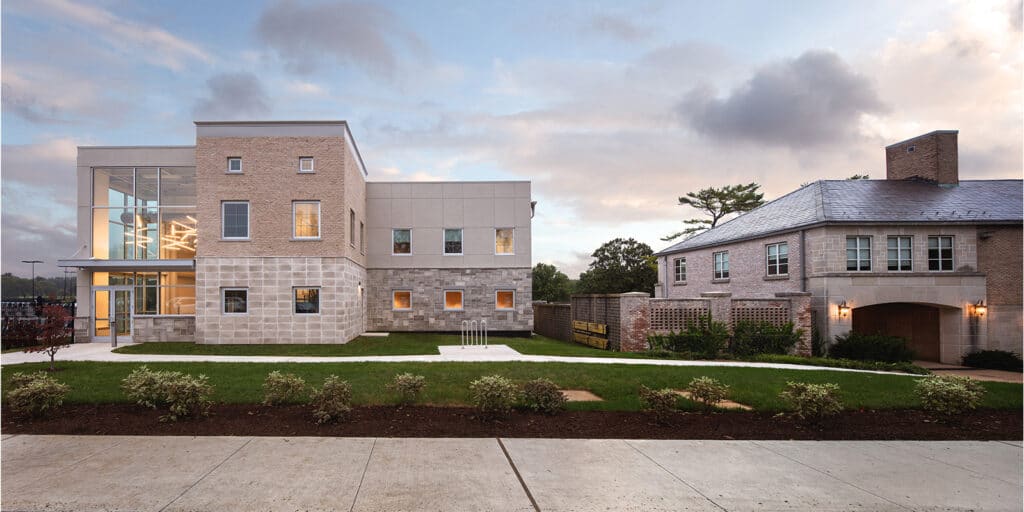 Every system, finish, and use of space was analyzed and economized so that the owner had the lowest price solution while still allowing for quality materials and craftsmanship. For example, EDiS suggested the client use a Reflectit EIFS system instead of a full-metal paneling system because it was less expensive and nearly identical in aesthetic. The same goes for the athletic center’s glass system, choosing the storefront system instead of a curtain wall because it was similar in design but kept costs in line. Collaborating with the equipment designer helped EDiS find the right indoor flooring for the fitness center. The pool decking was also switched to a brushed concrete, with other pool materials like the gutter system being stainless steel.

Every year, Delaware’s Associated Builders and Contractors (ABC) hosts the Excellence in Construction (EIC) Awards Program to determine which construction projects are the best of the best in terms of safety, design, teamwork, and overall quality. The du Pont Country Club Pool & Fitness Center earned the highest honor in the EIC Award Program and stoutly represents the time, dedication, and hard work that went into this gorgeous project. 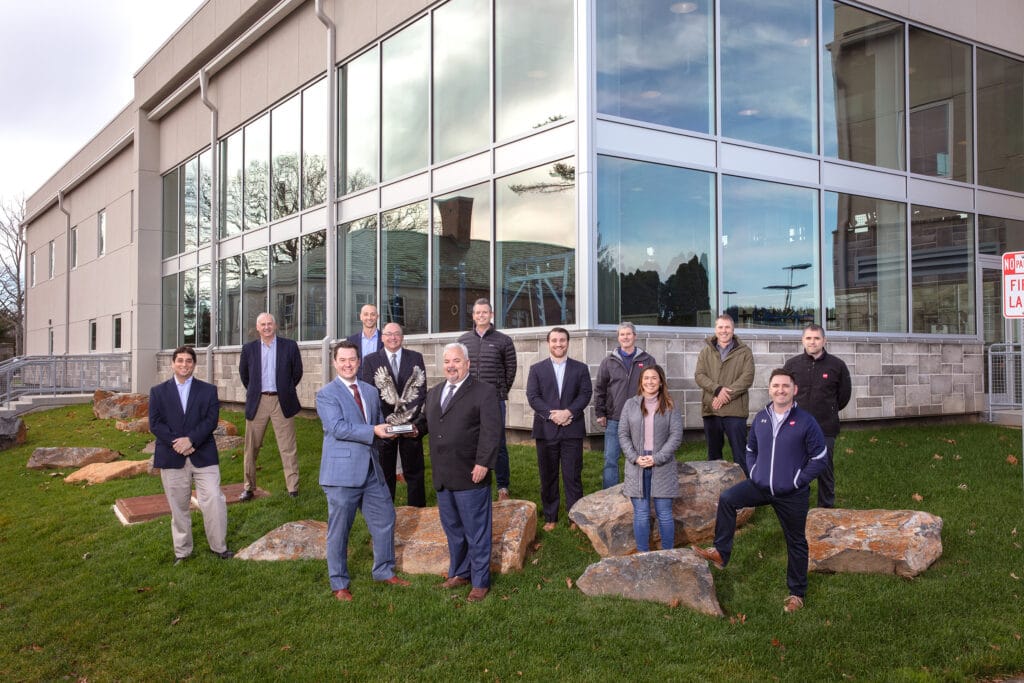 "When the original plans came in over budget, EDiS worked with ownership and the architects to create a facility that encompassed our programming needs, while achieving our vision and budgetary constraints."

with a pre-engineered building. 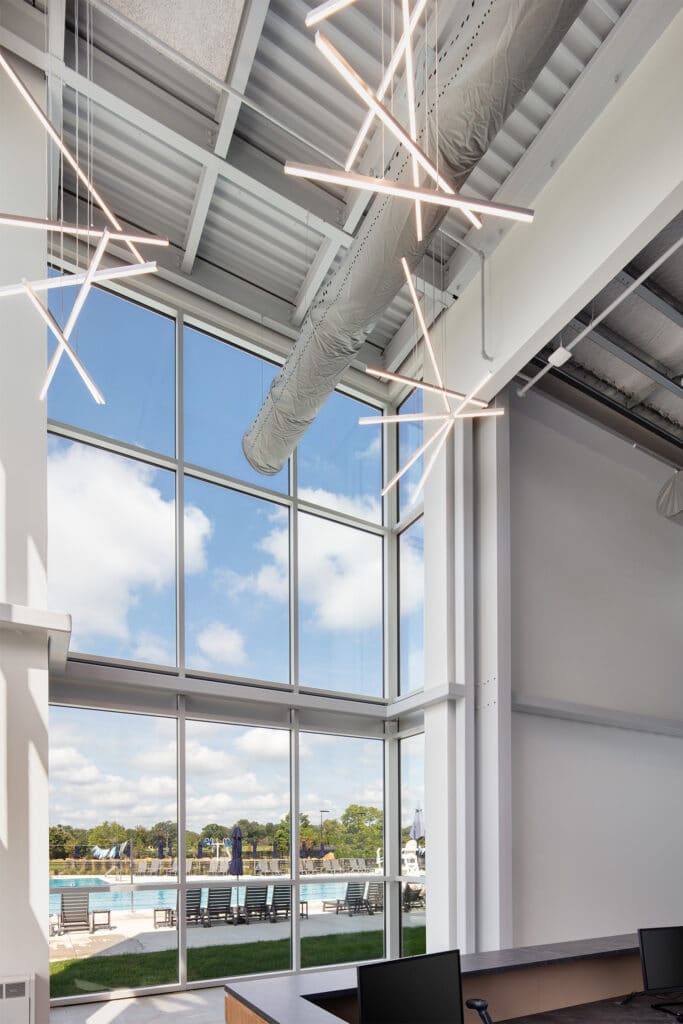 EDiS Building Systems (EBS) Solutions suggested a Butler Manufacturing pre-engineered metal building be used for the fitness center. This project was featured on the Butler Manufacturing website here. Butler solutions are custom engineered to specific dimensions, structural criteria, and materials in accordance with local building codes. Butler’s system is designed to assemble quickly, enabling it to be built up to 30% faster than is possible with conventional construction methods or wood frame buildings. By manufacturing building roof and wall systems off-site and coordinating and assembling on-site, the team was able to secure a quicker ground-up construction time frame. Additionally, because Butler Systems are pre-engineered, EDiS was able to work through constructibility issues before they occurred in the actual field. With time-consuming steps eliminated, the project started sooner and was finished within the client’s requested completion date.

"The EDiS team was a pleasure to work with during both pre-construction and construction phases."

EDiS worked with the clients and the design team to execute an extraordinary vision within a limited budget and schedule.

"I can’t say enough about EDiS and its people. They were working with us constantly to find ways to achieve our goals by doing something faster, cheaper, and better. They were true partners in the process. The initial design was way over budget, so EDiS introduced us to Butler® building systems and showed us how we could achieve our design’s essence while saving Rockland a considerable amount of money."