The Sharing the Joys of Construction Essay Competition was created for Delaware trade and vocational high school students to shine a spotlight on the positive impact diversity has in the architecture, engineering, and construction (AEC) industry. Students wrote about individuals who have inspired them or have had a positive impact on the built environment. First place winners Aa’khai Hollis and Rocio Garduno-Castaneda won a $500 prize, runner ups Sydney Marie Luckey and Dallas Jerome Dixon received $300. Dallas would like to thank his parents for keeping him on track and making sure he did the best job possible. 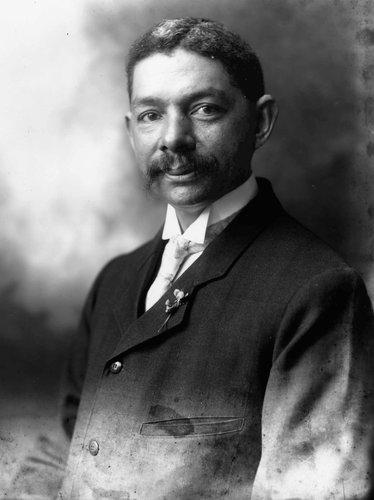 Over the centuries African Americans have had a profound impact on North American civilization. Their contributions have paved the way for the standard of excellence for which America as a whole is known, a standard that has made us the respected world power we are today. Many Americans are familiar with the astounding achievements of Dr. Martin Luther King, Jr., James Baldwin, Langston Hughes, George Washington Carver, and Sojourner Truth. However there are scores of less recognized African Americans who have made significant contributions to the world, these are the unsung heroes who have faded into obscurity over a period of time. One such hero is Robert Robinson Taylor, a distinguished architect in the late 1800’s.

Born on June 8, 1868, in Wilmington, North Carolina, Robert Taylor grew up in a relatively privileged household, unlike most African Americans in that day and time. His father, Henry Taylor, was the son of a slave owner Angus Taylor, and therefore received some partiality and a first-rate education. His father was a successful carpenter and a successful architect, this no doubt contributed to the fact that Robert would later on in his life excel in this very profession.

After working for his father’s building firm for a few years, Robert Taylor enrolled in MIT, arguably the best institution for aspiring architects during that time. Having been accepted into MIT, Taylor was one of the first recipients of the Loring scholarship, a scholarship given to students who have proven their potential in the field through their hard work and superior grades. Most MIT students from that time came from around the New England area, a smattering of students came from other areas.

Being both African American and a southerner, Taylor entered into MIT with multiple targets on his back, but he seemed to adjust well, his grades were well above average. One of the many projects he worked on during his schooling, were the plans for a convalescent home for aged, infirm, Civil War veterans, a number of which was rapidly increasing.

After a phenomenal performance at MIT, Taylor moved to Cleveland, Ohio, and worked at an architectural firm. During that time renowned African American educator Booker T. Washington took a pronounced interest in Robert Robinson Taylor. Washington was often on the lookout for talented African Americans to recruit for his university. A decade earlier Booker T. Washington had founded the prestigious Tuskegee University, at that time it was just a collection of ramshackle buildings on a plot of land located in Alabama. The teaching there was predominately manual training orientated. Taylor became a part of the Tuskegee staff in the winter of 1892 and stayed there his entire career, apart from a brief furlough from 1899 to 1902.

When he first took his position as the architect and architect constructor, Taylor realized that what the students were being taught was of the old way, and he promptly set out to reform it. Taylor was a valuable employee his entire career at Tuskegee, the influence he wielded over Washington would change the scope of Tuskegee’s former focus on manual labor. His motto mens et menus (mind and hand) captured the mindset that soon would attach itself inseparably to the image that Tuskegee has constructed.

Robert Taylor was married to Beatrice Rochon Taylor in 1898, and they had four children. During this time, Taylor was designing multiple buildings on Tuskegee’s campus while still seeing to his duties. He often served as acting principal when Booker T. Washington was away on his recruiting and fundraising trips. A man dedicated to hard work, he refused to stay still, even after his wife’s death he was back to work in only a week. He remarried Nellie G. Chestnut six years later, they would only have one child.

Taylor’s genius, by this time, was well known to the world. Charles D. B. King the president of Liberia visited the Tuskegee campus and contracted Taylor to build a school in Liberia of a similar model. Although he designed many phenomenal buildings, the Tuskegee Chapel has long been seen as Taylor’s masterpiece, even by Taylor himself. The chapel was described by Ralph Ellison in his book Invisible Man “AND I REMEMBER THE CHAPEL WITH ITS SWEEPING EAVES, LONG AND LOW AS THOUGH RISEN BLOODY FROM THE EARTH LIKE THE RISING MOON; VINE-COVERED AND EARTH-COLORED AS THOUGH MORE EARTH-SPRUNG THAN MAN-SPRUNG.”-Ralph Ellison, Invisible Man, 1952.

Taylor’s health deteriorated rapidly in the year of 1932, and he retired from Tuskegee. He began to devote more time to the field of social justice, publishing multiple pieces of writing in his hometown newspapers of Wilmington, North Carolina. On December 13, 1942, ten years after the heart attack that ended his career, Taylor collapsed during a worship service held in the Tuskegee Chapel. He was immediately rushed to the John A. Andrew Memorial Hospital, a hospital he had designed, where he died later that day. A heart attack ended his life at the age of 78.

His dedication to his craft and to his people has lived on through his children. His great-granddaughter Valerie Jarrett was the senior advisor to former President Barack Obama, and his son, Robert Rochon Taylor, was the first African American Chairman of the Chicago Housing Authority, but later resigned when the city would not endorse housing plans to better the locations of predominantly African American communities.

Robert Taylor has etched himself permanently in the annals of history. MIT honored him with his own fellowship, and a stamp has been named in his honor. Many architects both former and recent have been influenced by his style, intelligence, and desire for social justice. Robert Robinson Taylor was an influential African American architect who had a profound impact on the built environment in our country.