It was Feb. 3, 2005, atop a cold and snowy mountain in Bormio, Italy. Televisions around the world were fixed on this little town for one reason, to see if the 28-year-old reckless and wild American skier, Bode Miller, would either throw his body down the mountain in a disastrous wreck or towards record-breaking history. What the world got instead was a new definition of Champion. They got to see his heart. Midway down the mountain, at a speed in excess of 100 mph, a ski broke loose, not only endangering Miller’s health, but eliminating him from any chance of success. What did he do? He skied on one leg, at speeds exceeding 80 mph. And today, in addition to his wall full of Olympic and World Championship medals, he is known for this remarkable feat, accomplished with his heart.

I have had the honor of seeing the “Bode Miller” in the folks at EDiS Company. Forever and a day, prior to March 10, we had been trained on the definitions of success. These definitions were common to our industry. Timely completions, quality construction, passion for the customer, hitting budgets, and the most important, care for the people on our jobsites. And when we crossed the finish line with all those distinctions intact, we’d raise our arms and ski poles, look up to the heavens and yell, “Heck Yes!” On March 11, we met COVID-19, and our industry-wide skis fell off. 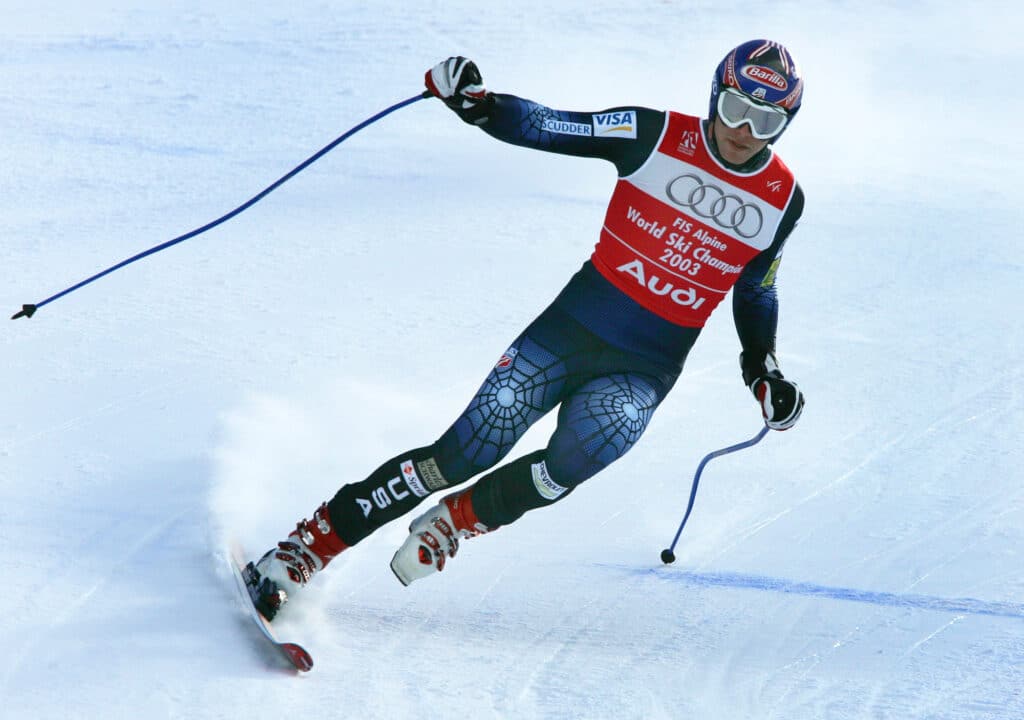 Bode Miller of the United States makes a turn on one ski during the Downhill portion of the Men’s Combined at the World Alpine Ski Championships in Bormio, Italy, Thursday Feb. 3, 2005. (AP Photo/Diether Endlicher)

While many of our competitors and subcontractors skied to the sidelines to regroup, we saw one skier out there, barreling down the mountain on one ski. There they were, team EDIS. The stresses were unimaginable. Family, COVID-19, material shortages, absent subcontractors from “shut down” states, personal health, uncertainty about the future, socially distanced collaboration from design teams, and the anxious customer were all suddenly in conflict with the old definition of success. But the EDiS skier kept going, and in many cases, gained speed… all on one foot. How could this be possible? For one, team EDiS was well conditioned. They were exceptional on March 10 and incredibly strong on March 11. They were integrated as teams March 10, and therefore balanced against the external forces on March 11.

They succeeded in a historic way. We would all agree that some of the finishes were not the precise landings we’ve become accustomed to for decades. But wow, what finishes. What a summer. Bodie Miller, move over. In the heart of every person at EDiS is a champion who never loses site of the objective, never quits, and always supports the person next to them. We saw your heart.

Left of COVID: A Collaborative Strategy to Opening and Staying Open

Love in the Time of COVID – The Search for Gold