The EDiS BIM Services team provided a full BIM coordination review for Appoquinimink School District’s Everett Meredith Middle School (EMMS), set to be completed in Fall 2022. They began by using a laser scanner to establish existing conditions at the site itself. They were able to combine the information from the scan with the provided 2-D design drawings into a 3-D generated model. By comparing the original designs to the 3-D model, the BIM Services team was able to detect and solve potential errors within the design, referred to as “clashes.” 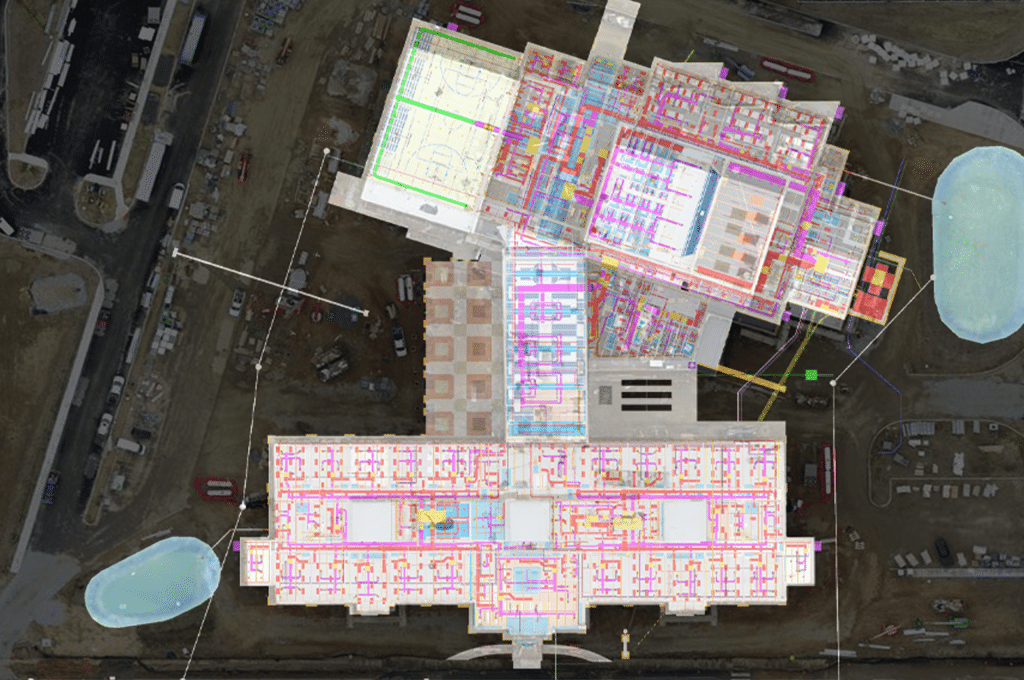 Bi-weekly drone flights allowed the team to perform quality checks on underground plumbing. A potential error was discovered via their reviews. As they evaluated more of the underground, the entire area was laser scanned again for further review. The scans identified a few items to correct prior to pouring concrete, saving both time and valuable project dollars. Using the full technology tool set, all piping locations were finalized via Trimble technology to validate the final stub up locations. The EMMS concrete slab was poured once every underground item was checked and fully confirmed.

Confirm equipment will fit through the doors